What I have learned today was triggered by a Slack message. Somebody posted about The Spacex launch today that will bring 60 Starlink satellites into orbit with the earth. These 60 are part of a plan to bring a total nearly 12,000 of these satellites into space. So the question was asked how this would even look like. Which got my brain working on ways to comprehend large numbers…

I’ve come across several ways to try to get a grasp on big numbers. One of the easiest ones is to visualise. This article simply represents numbers with dots. For example, the following dots represent the number of living languages in the world: 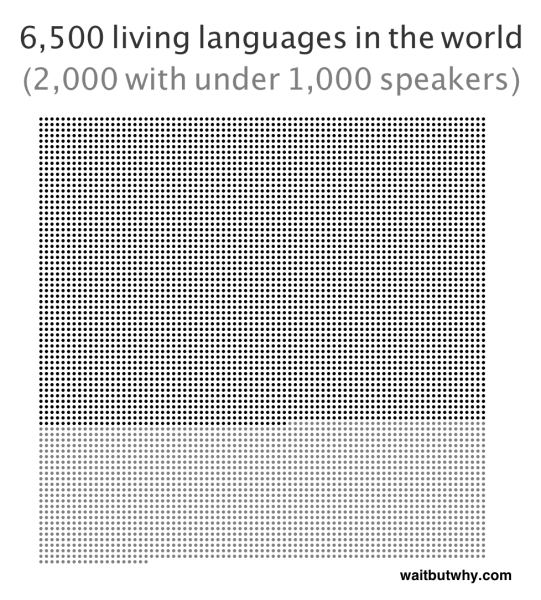 And this link gives a nice visual overview of different crowd sizes (note that I came across this website by reading another blog post last Saturday but can’t find it anymore). 10,000 people (closest I could find to 12,000 satellites): 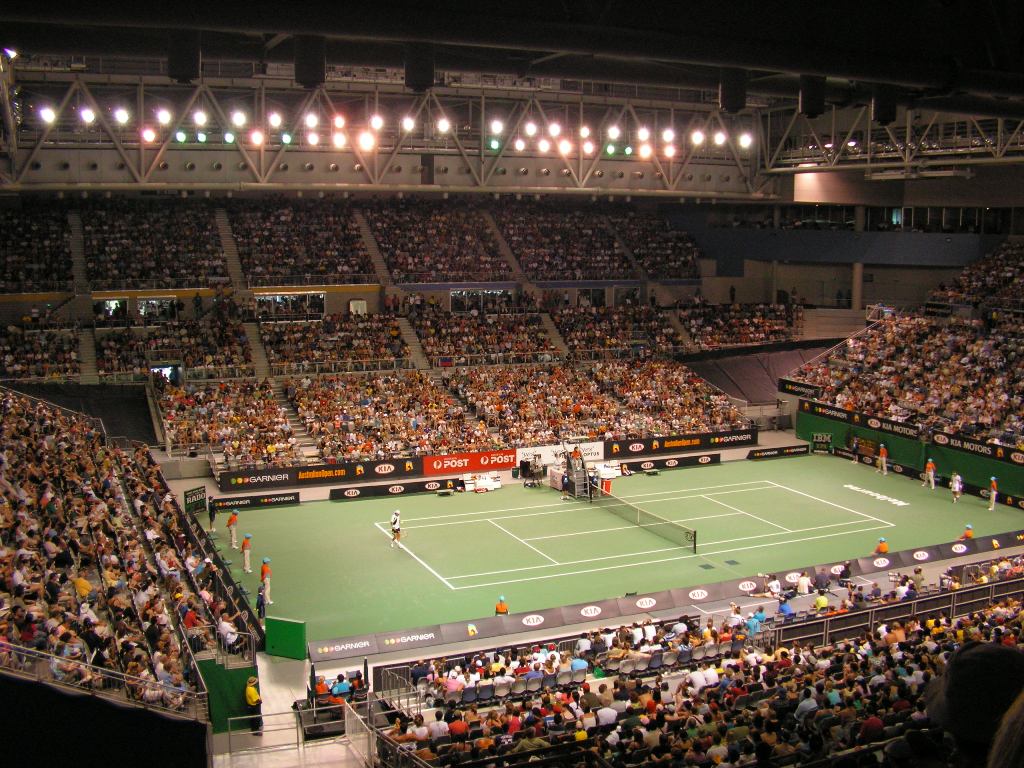 Another way to comprehend is to transform a number into something else. I picked this up when I read Humble Pi, by Matt Parker. He was once asked in an interview how big £1 trillion of debt is. Just simply saying “it is really big” doesn’t work. So as an example he transformed it into seconds:

Another example of transformation is done in the following video, where the history of the universe is compared with a row of dominoes. Out of 13,799 dominoes, spanning from the big bang to now, only the last 3 represents where human life takes shape. Let that sink in for a moment…

So, next time when you see a big number, or have to imagine what an x amount of y looks like, try to visualise or transform.

Just after I posted this, Lifehacker released an article completely in line with the above. They point out you can use Wolfram Alpha to help you conceptualise large numbers. Thanks for the tip 😄

This post is part of a series of articles about “What I Have Learned Today”; acknowledging every day the thing I have learned. Feel free to read the other posts. all opinions in this article are my own and not necessarily represent the views of my employer.